It is very difficult, as someone whose only real hobby is reading, to come up with a selection of the best books at the end of each year. But it’s also fun to look back and remember what I read. Here is a hard-earned selection of my favorite reads from 2021. To facilitate the selection, I have chosen only Australian books.

A sparkling and witty college novel about love, friendship, sex politics, class, morality, and self-development. Michaela, a middle-class scholar, befriends the wealthy and charismatic Eve during their first days in Sydney United. At the same time, she works hard to fit effortlessly into the popular crowd, ignoring her underlying misogyny. A drunken encounter with O-Week, a dangerous crush, and a shocking betrayal will combine to make her question everything. There are echoes of Donna Tartt The secret story and the painfully incisive academic novel by Curtis Sittenfeld Preperation – and Love & VirtueThe exploration of sex and power by The first stone (Hélène Garner). 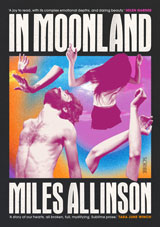 In the Land of the Moon

This painfully exquisite, multi-part novel spanning three generations explores faith and belief, masculinity and parenthood. New father Joe becomes obsessed with finding the truth about his own charismatic and episodically violent (but loving) father Vincent. The key seems to lie in Vincent’s experiences in the 1970s in a cult in India, where members were urged to “totally” free themselves. And Joe’s daughter Sylvie visits her distant father in the near future of an environmental collapse, where hope and idealism are lacking. While Allinson’s narrators are cynical and disillusioned, the novel is compassionate, cherishing the imperfect humanity of its characters. 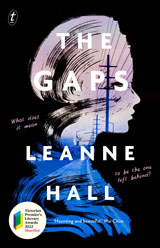 This clever, thoughtful, and addicting YA novel that revolves around the kidnapping of high school student Yin is less about solving the mystery and more about exploring the effect of sudden violence on a community, our complex relationship with narratives. of dead girls – and what they reveal about us. Chloe, a marginal scholarship student, watches it unfold on the TV news and, the next day, at school, “the whole grade of the year is infected”. Acerbic queen bee Natalia alternates storytelling with Chloe, and an unlikely connection emerges between her and orchestral nerd Yin. An art project gives Chloe and Natalia the opportunity to express their own complex feelings about Yin’s disappearance. The holes is also an adult novel. 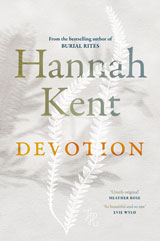 Hannah Kent’s strange love story with a supernatural element, Devotion, is both an exciting start and a superb continuation of her career as a historical novelist. Hanne, a young nature worshiper linked to a nearby Lutheran religious community, falls deeply in love with Thea, a newcomer whose mother is said to practice witchcraft. Kent is equally at ease writing the details of the village’s difficult journey across seas to South Australia, the lush romance of Thea and Hanne’s connection (and Hanne’s communion with her surroundings) and the intricacies. of the European displacement of the Peramangk people from what are now the Adelaide Hills. 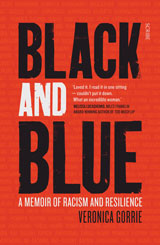 Black and blue: a memory of racism and resilience

The powerful, eye-opening and gripping story of an Indigenous woman who worked as a Queensland Police Officer for 10 years before stepping down, broken by the system. Gorrie also writes about his childhood, moving (along with his three siblings) between the safety of his native father and the chaos of his violent, alcoholic white mother – alternating safety and danger – and his own abusive relationships that followed. Her intricate reporting from within – capturing the culture of police work, empathetic insights into the communities she has monitored, and the generational legacy of dispossession and institutionalized violence – can give the impression Thread, if it was told by a black woman who survived generational disadvantage, poverty and domestic violence. 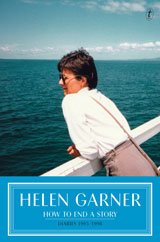 I was fascinated by the first two volumes of Garner’s journals, with their sublime fragments of truth and insight, but this compellingly powerful book, structured like a novel, is perhaps his best. It is a heartbreaking portrait of the end of a marriage told over three difficult years. Modernist novelist “V,” seemingly threatened by Garner’s success, denies having had an affair with a neighbor, though the evidence is written down in great detail. More and more, the moments of connection and joy in marriage are offset by the opposite. “I think I’m in the classic position of a woman artist who to maintain a marriage is forced to carve out so as not to make her husband feel – what? Garner thinks. Indeed. 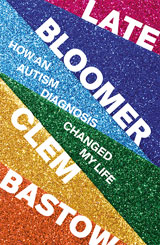 Late Bloomer: How an Autism Diagnosis Changed My Life

Culture critic Clem Bastow’s candid, witty, and generously vulnerable memoir reflects her 36-year-old autism diagnosis and seeks to understand how autism shaped her – while also tracing the history of autism. autism itself. She describes channeling her passion for music into a self-taught career as a music critic (modeling herself on Lester Bangs after watching Almost known), then his obsession for cinema to be a screenwriter. Equally important, she shares her long-standing difficulty adjusting to social environments, from school to workplaces, with visceral details that take the reader behind the “mask” that many women with autism learn to wear. Beautifully designed, deeply empathetic and enlightening. 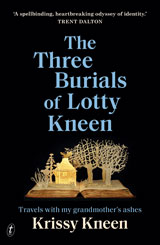 Krissy Kneen is an extraordinary writer, and this family memoir combines the musical cadence of a fairy tale with incisive detail and keen observation and reflection. Kneen’s elusive Slovenian grandmother, Lotty (née Dragica), the dominant figure from her childhood, declined to share even the smallest details of her past during her lifetime. After Lotty’s first funeral, on the grounds of the castle she built in rural Queensland after winning the lottery (a failed fairytale tourist attraction), Kneen travels to Slovenia and then Egypt to find out the truth about her grandmother – and the past that made them both. This marvelous book, rich in complex loves, explores the genetic and rediscovered family, the buried traumas and the legacy of secrets.

Jo Case writes InReview’s monthly Diary of a Bookseller. She is a bookseller at Librarians imprints on Hindley Street.

Increase your impact by doubling your donations

When you agree to make a regular weekly, bi-monthly or tax-deductible monthly donation to InReview, each scheduled donation will be matched by Creative Partnerships Australia. This means you are supporting twice as many InReview articles to order, edit, and publish.

This article is supported by the Judith Neilson Institute for Journalism and Ideas.